Parks and Gardens in Kishanganj

Ever since Kishanganj had been carved out of the undivided Purnea District on January 14, 1990 to pave the way for it to become an independent district, this city welcomed multifarious progresses with focused growth perspectives. The district administration took several initiatives to develop this region in the context of its climate and environmental conditions. Of crucial aspect is weather condition of this region which observes sufficient rainfall and whose fertile lands are best suitable for agriculture, forestry and overall greenery. It hardly took any additional effort for this district to promote its “Go Green” initiatives in the course of beautifying this region.

Although whole Kishanganj District is known for its forestry area including plantation of numerous types of rare plants, herbs and tress besides few portion of the district welcoming organized tea plantation or gardens, a few beautiful parks were also developed in the last few decades for general masses. Such parks are located in the huge tract of lands where people gather to spend quality time in nature’s lap. Two such parks that have been developed inside Kishanganj city premises include:- 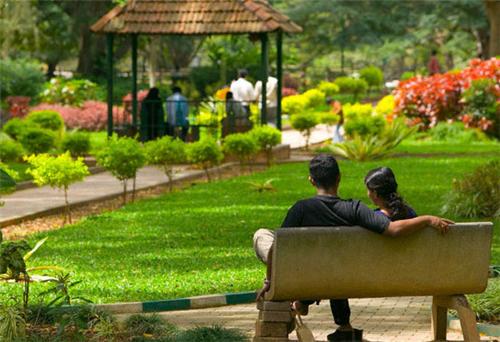 Famous Nehru Shanti Park located strategically inside city premises seeks the attention of all and sundry that spends quality time far from city’s maddening crowd. Situated at a distance of mere one kilometer form the Kishanganj Railway Station, this park was built in the memory of India’s first Prime Minister, Pundit Jawaharlal Nehru. It is one of the most beautiful places in Kishanganj city where sufficient arrangements have been made for children to enjoy their time by remaining involved in multiple entertainment activities, although it still lacks certain amenities.

Notable attractions inside Nehru Shanti Park are that of the availability of numerous types of plants and flowers which enrich its botanical value. One biggest landmark inside this park is the splendid Buddha statue which seeks attention of everybody arriving here. This statue has been developed so artistically that large number of people from various parts of the state comes here especially to have a look of it. This statue has indeed become a religious attraction here that welcomes devotees who pay their respects to Buddha.

One more park that has been developed in the memory of country’s brave fighters of Kargil War fought between India and Pakistan is named Kargil Park. This park too spreads into a wider area at a distance of mere half kilometers from city’s railway station. This park is under its beautification process and is expected to add more value in the beauty of Kishanganj city once it becomes fully operational the sooner.

Besides these two major parks in the city area mentioned above, Kishanganj owns several smaller parks in city and other locations. Thakurganj and Terhagach blocks of this district are known for their forestry areas. Likewise, ample tract of this district has been developed into tea estates which are gardens of sorts to give amazing views to visitors spending leisure time in serene environment and wonderful sight of colorful plants and flowers.