City of Kishanganj and the entire area is a perfect replica of communal harmony in the state of Bihar. Such scene has become possible due to presence of ample number of mosques and temples besides Churches and Gurudwaras in and around this city. These mosques, Hindu & Jain Temples, Sikh Gurudwaras and Churches were built in the city or in nearby urban and semi-urban areas during the last few decades. Some of them do exist since many centuries.

Kishanganj is one of those districts of Bihar state where majority of inhabitants are those following the Islam religion. Many beautiful mosques have been built in different parts of this city alongside good number of Hindu & Jain temples for Hindus and Jains inhabiting in the district. Christians and Sikh minorities too inhabit in this city or in the nearby areas, Kishanganj witnesses presence of Churches and Gurudwaras as well. 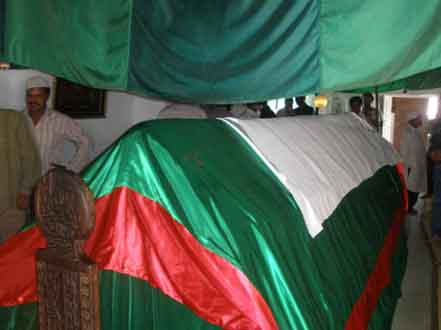 People of all faiths inhabit in Kishanganj city peacefully since time immemorial. Few religious spots therefore exist in the city since several centuries. Those places have rather turned into tourist spots nowadays hence they no more function as active places of worships. Large number of new and modern religious places too has been built in the last few decades especially while the city has grown faster upon becoming the administrative headquarters of Kishanganj District approximately twenty-five years ago. 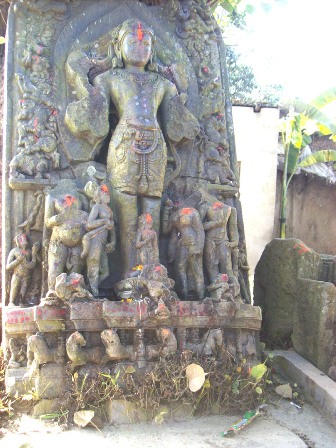 HarGauri Temple is one of the historic temples in Muslim dominated Kishanganj District. It is an ancient temple and exists since one century in Thakurganj Block of this district. It has attained the status of a notable tourist attraction in the district nowadays.

The Tagore Estate Zamindar of pre-independent India had built this temple while he found Mahadev and Parvati statues at the place where this temple exists today. Statues co- joined together in one stone is kept inside. They seek the attention of devotees as well as tourists. Large chunk of devotees visit this temple during annual Shiv Ratri to worship and or offer holy water to Shivlinga kept there during a mega religious event.Some more temples in Kishanganj city and its surrounding areas include the following:-

Predominantly a Muslim area whose large number of inhabitants inhabit in villages, tourists and travelers witness the presence of many beautiful mosques and so are notable Dargahs or Mazaars (Shrines) here. Kadam Rasul Mazaar is one of the famous shrines where devotees arrive to pay their respects to the revered Muslim Saint whose grave is there. Belbari Church is a famous church in Kishanganj district. Many other churches have also been built in different places in the district but they are not so popular. Kishanganj city has a Gurudwara where good number of Sikhs flocks to worship.

As significant number of Kishanganj's inhabitants' follows Islamic faith and the followers of Hinduism, Jainism, Sikhism and Christianity are also there they live together and so do they showcase secular credentials of theirs under one nation spirit.